Deprecated: The each() function is deprecated. This message will be suppressed on further calls in /home/www/html/mediawiki-1.24.1/includes/MagicWord.php on line 883
 The new PIM architecture - Agentgroup

The new PIM model will have to be:

The new proposed architecture at a glance

To satisfy the requirements of configurability and ease of programming, we want the new PIM model to be very modular.

This way we will be able to develop different versions of each module, leaving at the CP programmer the freedom to choose which one to use. Furthermore, the CP programmer will have the freedom to replace each module with others of his own. The idea is to maintain code complexity at a very low level when no particular customization is needed, while leaving the architecture as configurable as possible. In the following picture it is represented the current prototype of the new PIM model. 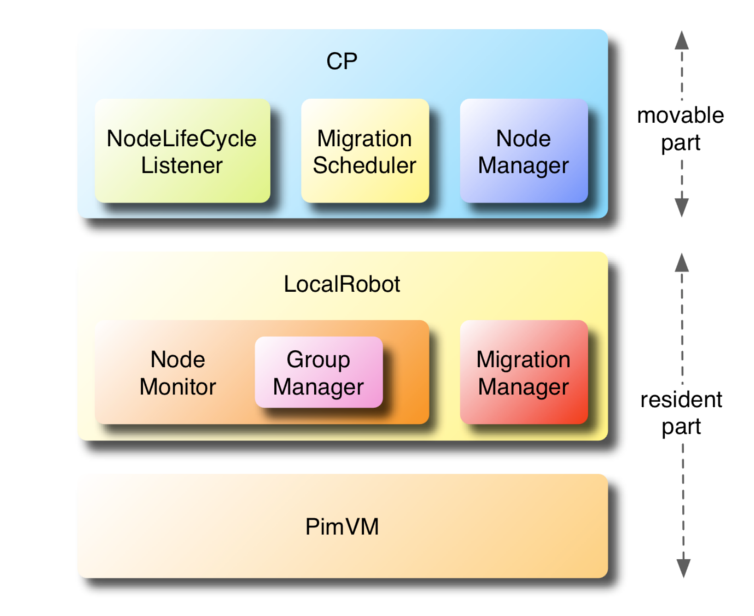 The PIM architecture is divided in two parts:

Note: Probably we will need to rename the LocalRobot class, because sometimes we won't deal with robots at all.

As for now, we are focusing on:

To see how we think to implement this new model, take a look at the following pages: